The Access Board unanimously elected Board Member Karen Tamley as its new Chair on March 13. Tamley, who completed a term as Board Vice Chair, has served as the Commissioner of the Chicago Mayor’s Office for People with Disabilities since 2005. 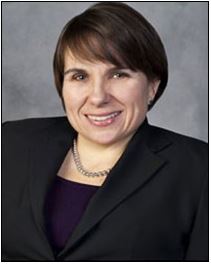 “I am honored to chair such a dedicated agency that is a true force for change and that has done so much to advance accessibility both in the U.S. and abroad,” she stated after the vote. “I look forward to working with Board members and staff in the year ahead.”

Tamley joined the Board in 2015 as a public member. As head of the Mayor’s Office for People with Disabilities, she leads numerous disability policy and compliance initiatives in transportation, city infrastructure, emergency preparedness, housing, schools and technology, and other areas. She also oversees the delivery of independent living services to city residents. 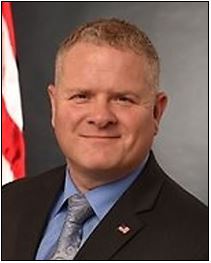 She succeeds Lance Robertson who represents the U.S. Department of Health and Human Services (HHS) on the Board and who was named Vice Chair by acclamation. He serves as Assistant Secretary for Aging at HHS and heads its Administration for Community Living and previously was Director of Aging Services at the Oklahoma Department of Human Services.

Board officers serve for a term of one year. The Board is structured to function as a coordinating body among Federal agencies and to directly represent the public, particularly people with disabilities. Half of its members are representatives from most of the Federal departments. The other half is comprised of members of the public appointed by the President.