U.S. Access Board Participates in Demonstration on Emerging Technologies for Accessible Art

This article is part of a series on the U.S. Access Board’s visit to Philadelphia from September 13 – 15

During its visit to Philadelphia last week, the U.S. Access Board participated in a demonstration of emerging technologies that provide people with disabilities enhanced access to the arts. The Board learned about Music: Not Impossible, which aims to provide shared experiences at concert events for hearing and deaf attendees, and Smart Caption Glasses, which allow people who are deaf or hard of hearing to view live, synchronized captions of a performance from any seat in a theater.

The Board experienced Music: Not Impossible’s Vibrotextile™ wearable technology, presented by Daniel Belquer and Flavia Naslausky. The technology, which was developed in collaboration with deaf singer-songwriter Mandy Harvey, consists of a battery-powered wireless harness, two wristbands, and two ankle bands that supply eight distinct areas of different levels of vibration across a user’s body. The technology has been used at a variety of performance events and is scheduled to be mass produced next year in partnership with Avnet. Board members experienced three demonstrations of the innovative technology that included vibrations corresponding to music and the emotions of a movie soundtrack. 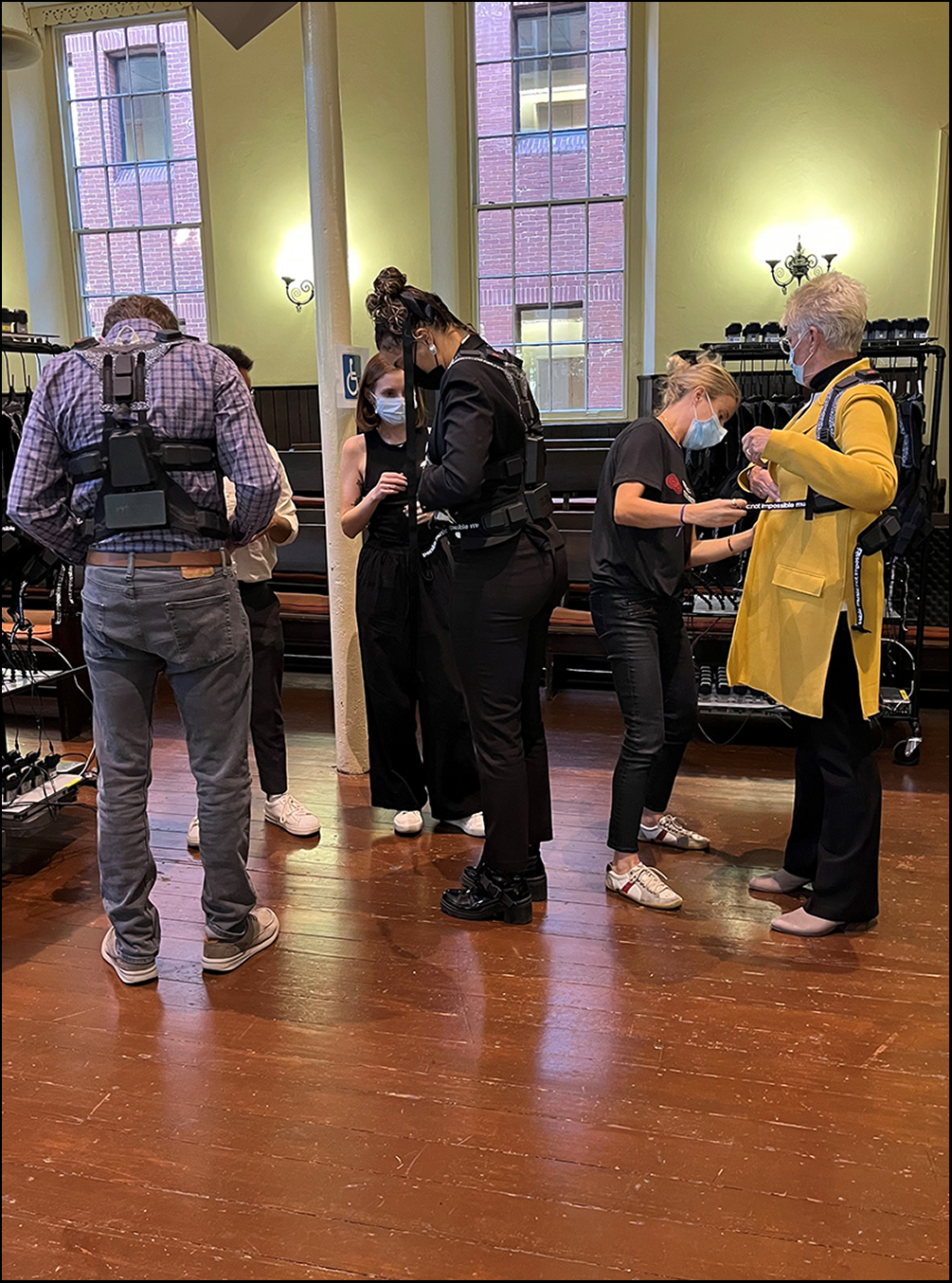 Access Board members and staff putting on Music: Not Impossible’s Vibrotextile™ wearable technology. 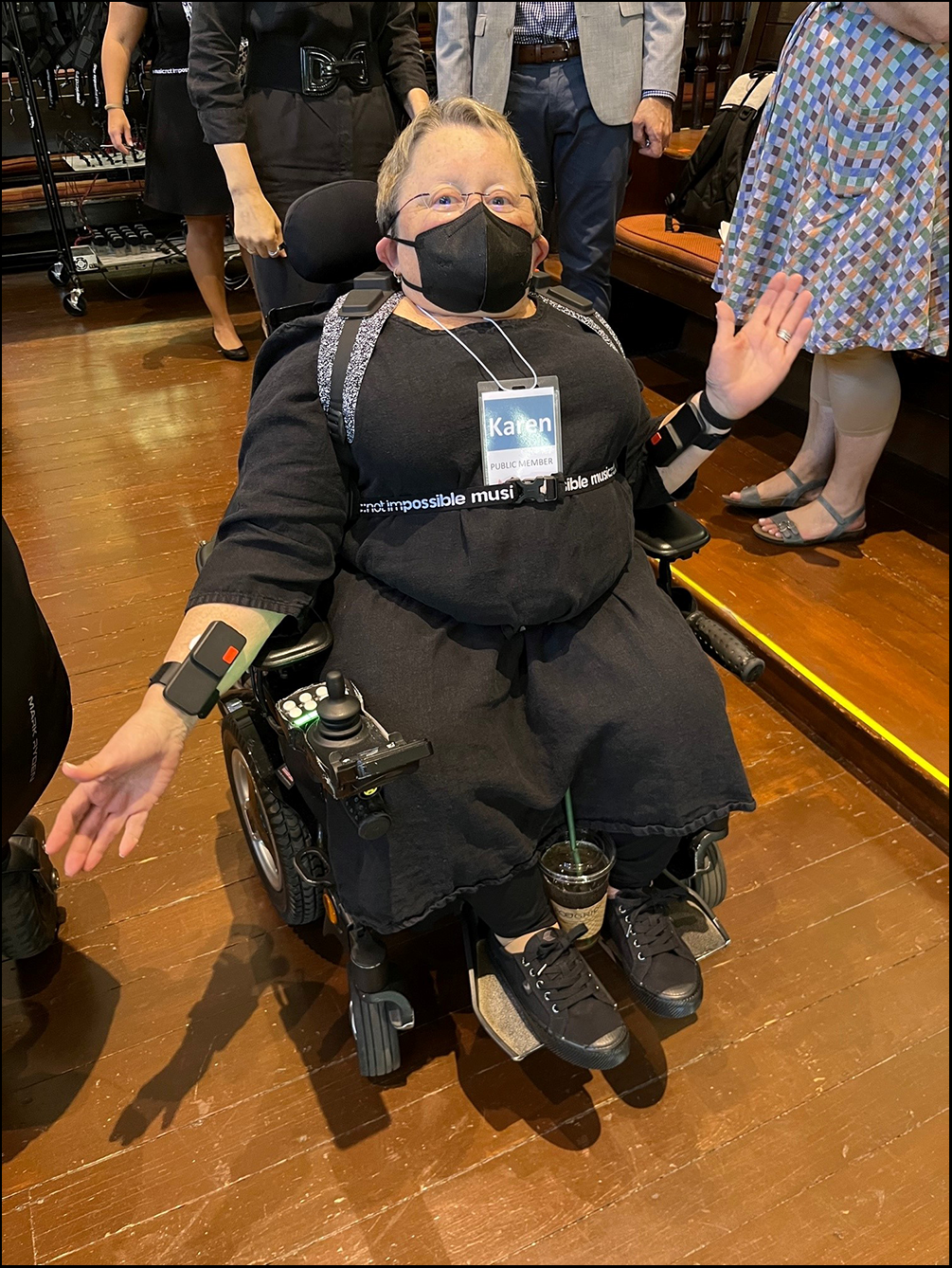 The Board also participated in a demonstration of Smart Caption Glasses, presented by Lisa Sonneborn, Director of Media Arts and Culture for the Institute on Disabilities at Temple University, and Marcie Bramucci, Executive Artistic Director of Hedgerow Theatre. The Smart Caption Glasses allow users to view a live transcript within a scene, circumventing the need to shift one’s view away from the action of a scene to view open or closed captions. Smart Caption Glasses were used at People’s Light, a cultural and civic center with theatre at its core, in 2019 and are available again in 2022.

The technology demonstrations were organized by John Orr, Executive Director of Art-Reach, a non-profit organization devoted to increasing cultural participation
among traditionally underrepresented audiences in both the disability and low-income communities.

Read more about the Board’s visit to Philadelphia in the following articles: