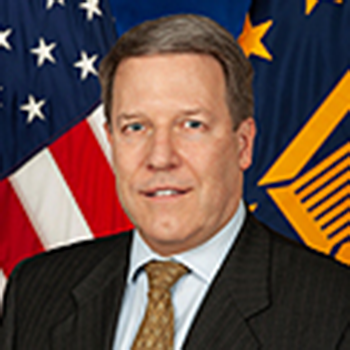 Michael D. Parrish was appointed Principal Executive Director for the Office of Acquisition, Logistics, and Construction (OALC) on March 1, 2021. OALC provides policy and oversight for the Department’s $36B acquisition needs and manages VA’s major construction and leasing program to support the largest integrated health care system in the United States, providing care at 1,255 health care facilities to over 9 million Veterans enrolled in the VA health care program. He also serves as Chief Acquisition Officer, and senior most advisor to the Secretary, managing and overseeing all acquisition activities for the Department.

Mr. Parrish has over 35 years of senior leadership experience in military, government, corporate, and non-profit organizations. Prior to joining the Department of Veterans Affairs, he served as Professor of Practice/Senior Advisor of Systems Engineering at the United States Military Academy at West Point. Mr. Parrish has been Chairman & CEO of several publicly traded companies and was founder and CEO for multiple Service-Disabled Veteran-Owned Businesses. Additionally, he held executive leadership positions for several General Electric (GE) companies where he served as General Manager for global logistics and services for GE’s Water business, and as Managing Director for GE Capital specializing in ecommerce, six sigma, and productivity of several GE’s equipment management groups.

A retired Colonel, Mr. Parrish served for 14 years on active duty and 21 years in the U.S. Army Reserves as a Senior Army Aviator and Army Acquisition Corps Officer, serving as an Air Operations Officer during Desert Storm. He graduated from the United States Military Academy in 1985 and holds a Master’s Degree in Aeronautical and Astronautical Engineering from Stanford University as well as an MBA with Honors from the Wharton School at the University of Pennsylvania. He is also a graduate of The Air War College and is DAWIA Level III certified in Program Management. Mr. Parrish is the past President of the West Point Society of Philadelphia and has served on the advisory boards of the American Society for Engineering Management, Delaware Valley Industrial Resources Center, USO of Southeast Pennsylvania/New Jersey and the United States Military Academy at West Point.