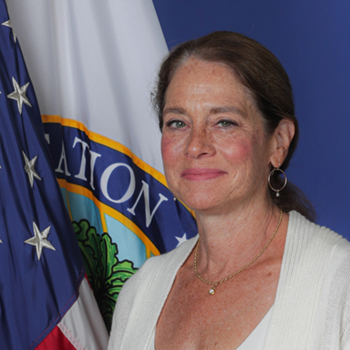 Delegated the Authority to Perform the Functions and Duties of the Assistant Secretary, Office of Special Education and Rehabilitative Services

Katherine Neas is delegated the authority to perform the functions and duties of the Assistant Secretary, Office of Special Education and Rehabilitative Services, at the U.S. Department of Education (Department). In this capacity, she serves as advisor to the U.S. secretary of education on matters related to the education of children and youth with disabilities, as well as employment and community living for youth and adults with disabilities. The mission of her office is to improve early childhood, educational, and employment outcomes, and to raise expectations for all people with disabilities, their families, their communities, and the nation.

Neas previously served as senior vice president of public affairs at the American Physical Therapy Association (APTA). In this role, she oversaw APTA’s federal and state government public policy activities, federal regulatory affairs, grassroots and political action efforts, public relations along with payment and practice management activities. Prior to joining APTA, Neas spent 23 years at Easterseals, a national nonprofit provider of direct services to children and adults with disabilities and their families. Her roles at Easterseals included service on the senior management team, federal and state government relations advocacy, oversight of federal grants and contracts and management of the Easterseals Office of Public Affairs. Prior to Easterseals, Neas was the associate director of the American Association of University Affiliated Programs for persons with Developmental Disabilities. She also was legislative staff to Chairman Sen. Tom Harkin (D.-Iowa) of the Senate Subcommittee on Disability Policy between 1987 and 1991, where she worked on all disability legislation, including the Americans with Disabilities Act (ADA) and the Individuals with Disabilities Education Act (IDEA).

A graduate of Georgetown University, she hails from Des Moines, Iowa.