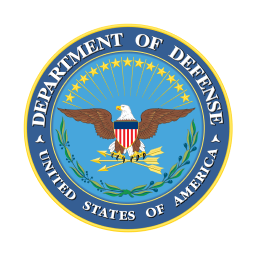 It is the goal of the Department of Defense (DoD) to make its facilities accessible to persons with disabilities. To achieve that goal, the Department intends to go beyond the minimum requirements of law. Even if a facility is exempt from coverage under the Architectural Barriers Act of 1968 (ABA), compliance with the standards identified in this memorandum is recommended to the maximum extent that is reasonable and practicable without degrading the facility’s military utility.

This memorandum updates DoD standards for making facilities accessible to people with disabilities. DoD is one of four Federal agencies that issue standards under the ABA. The Department also establishes accessibility requirements under Section 504 of the Rehabilitation Act of 1973, as amended. Currently, as a matter of policy, the more stringent of either the Uniform Federal Accessibility Standards (49 FR 31528) or the 1991 version of the Americans with Disabilities Act Accessibility Guidelines is in effect within DoD and for recipients of DoD financial assistance.

The United States Access Board has issued an update of the ABA and Americans with Disabilities Act (ADA) guidelines as a single rule published at Part 1191 of title 36, Code of Federal Regulations, which contains scoping provisions specifying what must be accessible and technical requirements specifying how access is to be achieved. The rule is divided into three parts: a scoping document for ABA facilities (ABA Chapters 1 and 2), a scoping document for ADA facilities (ADA Chapters 1 and 2), and a common set of technical criteria referenced by both scoping documents (Chapters 3 through 10).

DoD hereby adopts ABA Chapters 1 and 2 and Chapters 3 through 10 as its standards (the “DoD standards”) under the ABA and also under Section 504 of the Rehabilitation Act. Subject to the special provisions specified in the attachment provided on DoD facilities, which is also part of the DoD standards, you are directed to meet the requirements of ABA Chapters 1 and 2 and Chapters 3 through 10, and to require recipients of financial assistance from your organization to do the same. Such recipients include only those private sector programs and activities covered by Section 504 of the Rehabilitation Act. Most DoD contractors are not covered but will likely be subject to the Americans with Disabilities Act.

The Secretary of Defense Memorandum dated October 20, 1993, Access for People with Disabilities, is hereby rescinded.

1. GENERAL.  This attachment describes the manner in which facilities designed, constructed (including additions), altered, leased, or funded by the Department of Defense (DoD) are to be made accessible to people with disabilities in accordance with the Architectural Barriers Act of 1968 (ABA), as amended, 42 U.S.C. § 4151, et seq., and Section 504 of the Rehabilitation Act of 1973, as amended, 29 U.S.C. § 794.

(a) All housing, including military family housing and unaccompanied personnel housing.2

(b) All morale, welfare, and recreation facilities, including non-appropriated fund facilities available to dependents or retirees.

(c) All hospitals and facilities for the care or rehabilitation of persons who are sick or injured.

The Department of Defense shall require as part of the joint venture agreement in all public-private ventures which include facilities, including privatized housing, that those facilities be designed and constructed in accordance with these DoD Standards.

In addition to these DoD Standards, facilities of all types shall comply with any applicable provision of law and regulation which may include the following:

i. The Fair Housing Amendments of 1988, 42 U.S.C. §§ 3601-3620, which prohibit discrimination on the basis of disability in multi-family housing, including military family housing, and require elimination of architectural barriers in common areas and construction of accessible units on a percentage basis.

ii. The Americans with Disabilities Act of 1990, 42 U.S.C. § 12101, et seq., which prohibits discrimination in, among other things, public accommodations and commercial facilities and may apply to some entities that occupy space on DoD property or are housed in DoD or DoD-funded facilities. Entities that might be covered include State and local governments, banks, childcare centers, and fast food stores. In addition, standards for nondiscrimination in employment under this Act apply to Federal employment under Section 501 of the Rehabilitation Act. This includes standards for elimination of architectural barriers.

iii. Section 501 of the Rehabilitation Act of 1973, as amended, 29 U.S.C. § 791(b), and implementing regulations at 29 CFR 1614.203, which prohibit discrimination in Federal civilian employment against a qualified person with a disability and require elimination of architectural barriers for employees and applicants with disabilities.

(a) An accessible route and accessible entrance to connect the altered area and site arrival points;

(b) An accessible restroom for each sex or a single unisex restroom;

3. EXCLUSIONS.  The following facilities need not comply with these DoD Standards:

(a) Facilities, or portions of facilities, on a military installation4 that are designed and constructed for use exclusively by able-bodied military personnel.

(b) Reserve and National Guard facilities, or portions of such facilities, owned by or under the control of the Department of Defense, that are designed and constructed for use exclusively by able-bodied military personnel.

(c) Facilities obtained in emergencies such as natural disasters or in an area where contingency operations are being conducted.

Nevertheless, since the intended use of such excluded facilities may change with time or in emergencies, compliance with these DoD Standards is recommended to the maximum extent that is reasonable and practicable without degrading the facility’s military utility.

(a) Incorporates these DoD Standards in the specifications for the design, construction, or alteration of the facility;

(b) Specifies that any leased facility meets these DoD Standards, or has been or will be altered to meet these Standards; or

(c) Includes a statement that these DoD Standards have been waived or modified by the Principal Deputy Under Secretary of Defense (Personnel and Readiness), as specified in an attached copy of the waiver or modification.

In addition, if a determination is made that a facility is not subject to these DoD Standards, the DoD Component Head must ensure that documentation is maintained to justify the determination.